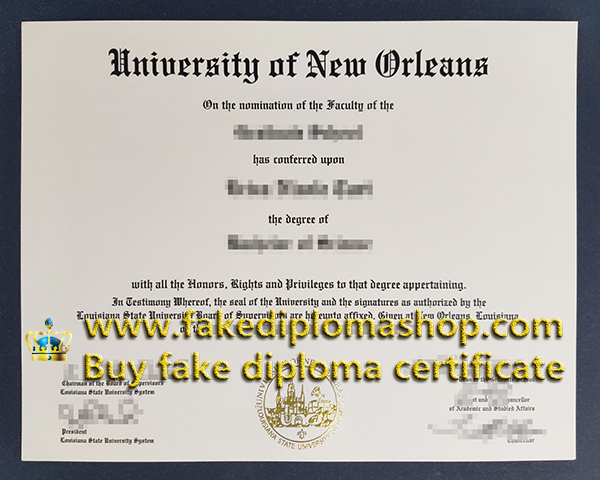 On August 29, 2005, the university suffered damage due to Hurricane Katrina. The main campus is on relatively high ground and the damage was caused mostly by winds, rain-driven-water, and human activity during the storm. The university was used as an evacuation point and staging area by the National Guard. A levee breach on the London Avenue Canal occurred just a few blocks south of the main campus and caused the flooding of the first floor of the Bienville Hall dormitories, the Lafitte Village couples apartments, and the Engineering Building.

UNO was the first of the large, damaged universities in New Orleans to re-open, albeit virtually, by using web-based courses starting in October 2005. The university was able to offer classes in the fall semester immediately following Hurricane Katrina at satellite campuses; the main campus re-opened in December 2005.