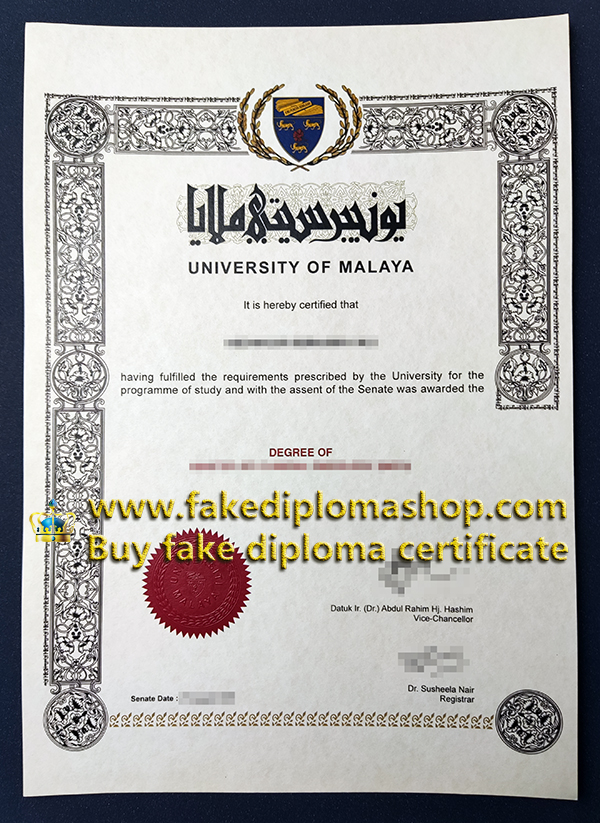 Today, UM has more than 2,500 faculty members and is divided into thirteen faculties, two academies, five institutes and six academic centers. In the latest QS World University Rankings, UM is currently ranked 65th in the world, 9th in Asia, 3rd in Southeast Asia and the highest ranked learning institution in Malaysia. The Faculty of Languages and Linguistics, Japanese Language and Linguistic Course was awarded the Japanese Foreign Minister’s Commendation for their contributions to promotion of Japanese language education in Malaysia on 1 December 2020.

In 1905, there were 17 medical students, for students attending the hospital assistant course. Five years later, the enrollment increased to 90 medical students and 30 trainee hospital assistants. The school had only one permanent staff which was the Principal, the teaching staff were employed on a part-time basis. The Principal was Dr Gerald Dudley Freer, who previously served as Senior Colonial Surgeon Resident of Penang.

In 2015 it has been ranked 54th in Engineering & Technology in QS world rankings. UM rose to the top 100 universities in the QS World University Rankings 2019, and has consistently increased in ranking to 59th in the world and 9th in Asia in the 2021 series. In 2021, U.S. News & World Report ranked University of Malaya 17th and 87th in the world in Engineering and Computer Science respectively by its subject ranking.