Order a University of Law diploma with a real silver seal 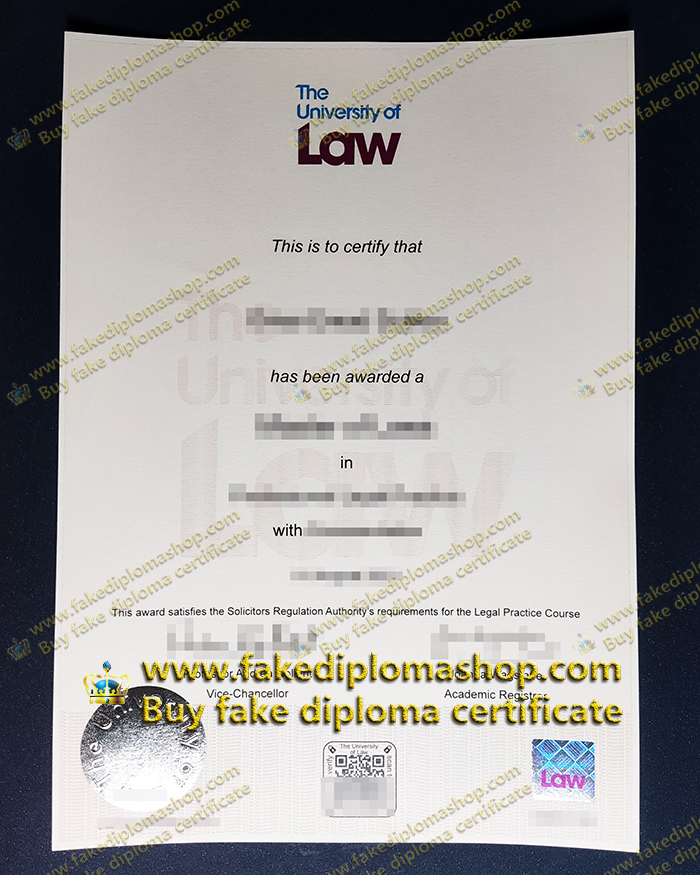 The University of Law was registered as a charity by Royal charter in 1975, but in 2012, before granting university status, its education and training business was split up and registered as a private limited company. This became the School of Law Limited and later the University of Law Limited. The School was granted degree-granting rights in 2006 and renamed the School of Law (ULaw) in 2012, becoming the first for-profit educational institution in the UK to achieve university status.

The charitable branch still established by Royal Charter in 1975 became the Foundation for Legal Education. Shortly after granting University status and changing its name to The University of Law in 2012, The College of Law Limited was acquired Montagu Private Equity. Three years later, Montagu sold the company to its current owner, Netherlands-based Global University Systems.

The University has nine UK campuses in Birmingham, Bristol, Chester, Guildford, Leeds, London (Bloomsbury and Moorgate), Manchester, Nottingham and Sheffield, as well as an international campus in Hong Kong.