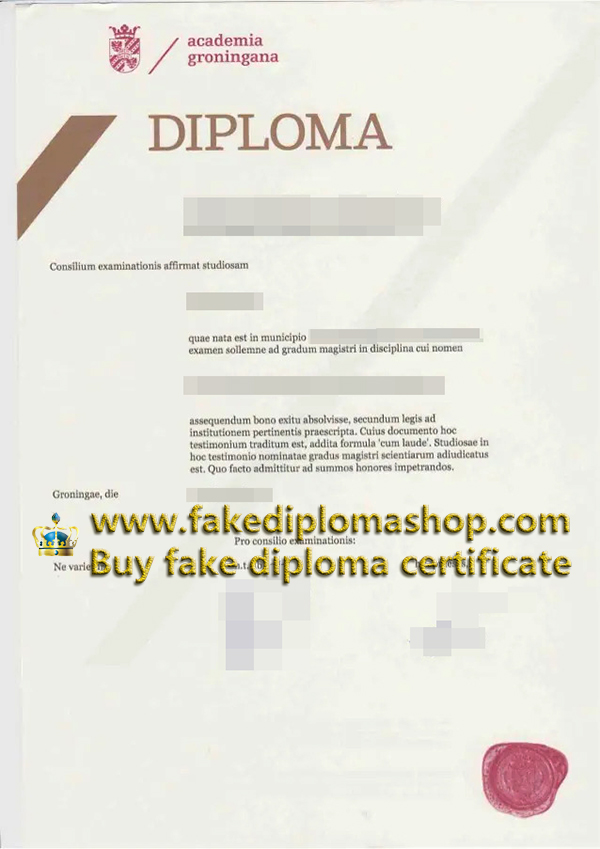 The institution was founded as a college in 1614 in an initiative taken by the Regional Assembly of the city of Groningen and the Ommelanden, or surrounding region. There were four faculties – Theology, Law, Medicine, and Philosophy. The coat of arms of the university was confirmed by The Estates of the City and County of Groningen in 1615. It consists of the provincial arms, charged with an open book inscribed with the abbreviated words VER/BVM/DNI LV/CER/NA, short for Verbum Domini Lucerna Pedibus Nostris. The shield is surmounted by a golden crown of five leaves and four pearls.

In the first 75 years of its existence about 100 students enrolled every year. Almost half of the students and lecturers came from outside the Netherlands – the first rector magnificus, Ubbo Emmius, came from East Frisia in modern-day Germany, for instance – but at the same time there was already a close relationship between the University and the city and the surrounding region.