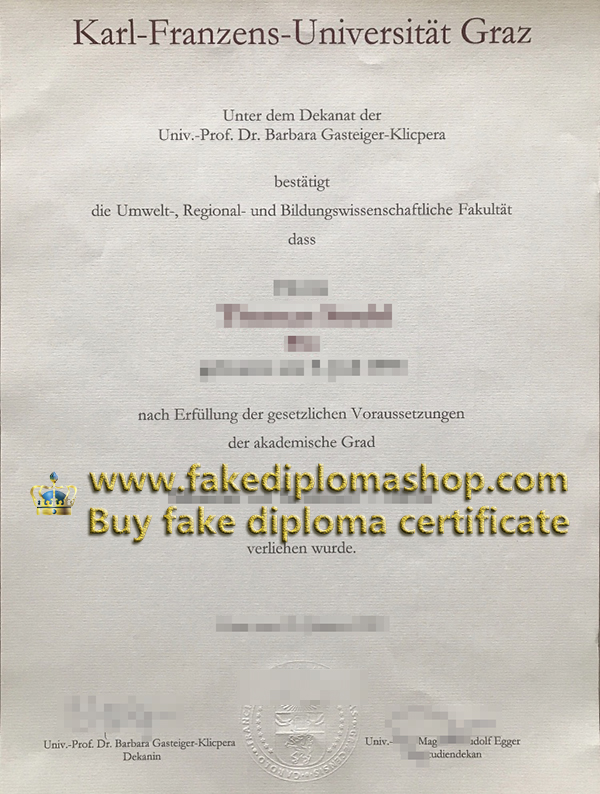 The university was founded in 1585 by Archduke Charles II of Austria. The bull of 1 January 1586, published on 15 April 1586, was approved by Pope Sixtus V. For most of its existence it was controlled by the Catholic Church, and was closed in 1782 by Emperor Joseph II in an attempt to gain state control over educational institutions. Joseph II transformed it into a lyceum, where civil servants and medical personnel were trained. In 1827 it was re-instituted as a university by Emperor Francis I, thus gaining the name Karl-Franzens-Universität, meaning Charles Francis University. Over 30,000 students are currently enrolled at the university.

Since its re-installation, the university has been home to many internationally renowned scientists and thinkers. Ludwig Boltzmann was a professor at the university twice, first from 1869 to 1873 and then from 1876 to 1890, while he was developing his statistical theory of heat. Nobel Laureate Otto Loewi taught at the university from 1909 till 1938 and Victor Franz Hess (Nobel prize 1936) graduated in Graz and taught there from 1920 to 1931 and from 1937 to 1938. The physicist Erwin Schrödinger briefly was chancellor of the university in 1936.