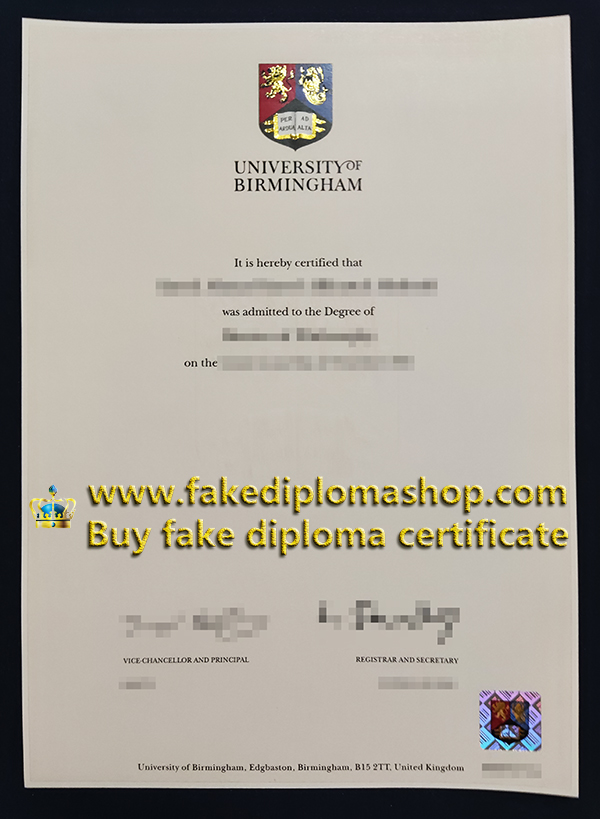 It received its royal charter in 1900 as a successor to Queen’s College, Birmingham (founded in 1825 as the Birmingham School of Medicine and Surgery), and Mason Science College (established in 1875 by Sir Josiah Mason), making it the first English civic or ‘red brick’ university to receive its own royal charter. It is a founding member of both the Russell Group of British research universities and the international network of research universities, Universitas 21.

The university is home to the Barber Institute of Fine Arts, housing works by Van Gogh, Picasso and Monet; the Shakespeare Institute; the Cadbury Research Library, home to the Mingana Collection of Middle Eastern manuscripts; the Lapworth Museum of Geology; and the 100-metre Joseph Chamberlain Memorial Clock Tower, which is a prominent landmark visible from many parts of the city. Academics and alumni of the university include former British Prime Ministers Neville Chamberlain and Stanley Baldwin, the British composer Sir Edward Elgar and eleven Nobel laureates.