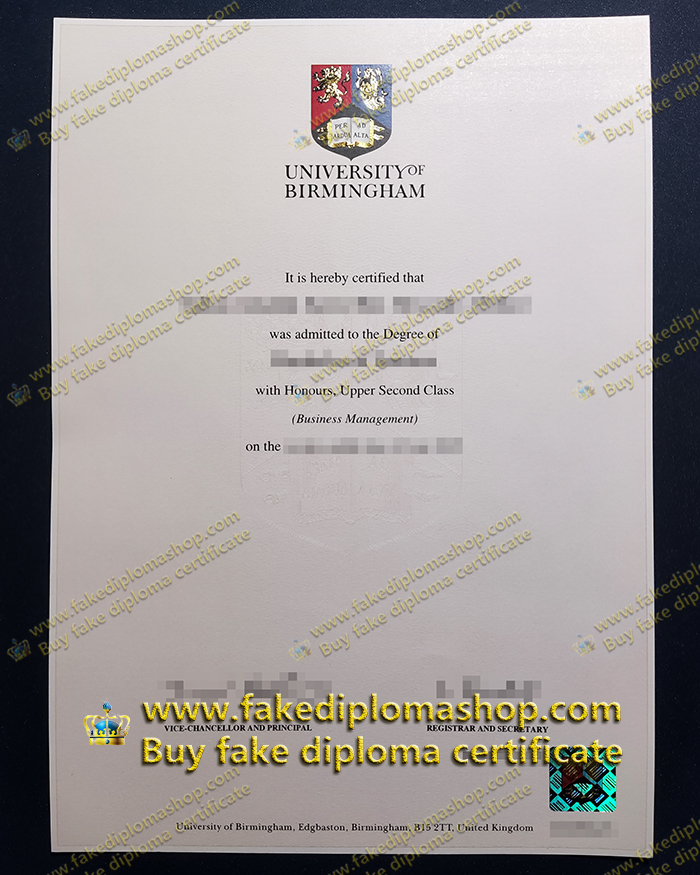 University of Birmingham degree of Bachelor

In 1900 by the British Queen Victoria granted the royal charter. The university is a founding member of the Russell Group, the Midlands Innovation Alliance, the Global Alliance of University Advanced Institutes and Universitas 21.

The earliest origins of the university can initially be traced to Queen’s College, which was associated with William Sands Cox, whose aim was to create a medical school along strictly Christian lines, unlike the contemporary London School of Medicine. Further research revealed the origins of Birmingham Medical School in the medical education seminar of John Tomlinson, the first surgeon at the Birmingham Workhouse infirmary and later at Birmingham General Hospital. These courses, held in the winter of 1767-68, were the first of their kind in England or Wales.

The first clinical teaching was conducted by medical apprentices at the General Hospital, established in 1779. The medical school, which grew out of the Birmingham Workhouse Hospital, was established in 1828, but Cox began teaching in December 1825. Queen Victoria granted her clinical patronage to Birmingham Hospital and allowed it to be named “Queen’s Hospital”. It was the first provincial teaching hospital in the UK. In 1843, the medical school was renamed Queen’s College.

On 29 April 2010, the final round of the first televised leaders’ debates hosted by the BBC during the 2010 UK general election campaign took place at the university.

On 9 August 2010, the university announced for the first time that it would not enter the UCAS clearing process for 2010 offers, which matches Undersubscribed courses for students who have not met their company or insurance options because all places have been offered. Largely as a result of the 2007-10 financial crisis, Birmingham, along with Russell Group universities such as Oxford, Cambridge, Edinburgh and Bristol, does not offer any clearing houses.

The university served as a training camp for Jamaica’s track and field team ahead of the 2012 London Olympics. A new library was opened in the 2016/17 academic year and a new sports center opened in May 2017. The former main library and the old Munrow Sports Centre, including the athletics track, have both been demolished, with demolition of the old library completed in November 2017.