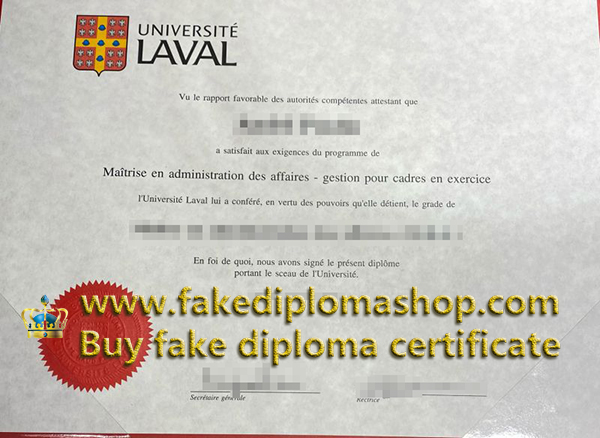 The University was founded by royal charter issued by Queen Victoria in 1852, with roots in the founding of the Séminaire de Québec in 1663 by François de Montmorency-Laval, making it the oldest center of higher education in Canada and the first North American institution to offer higher education in French. The university, whose campus was erected from the 1950s onward in the suburban borough of Sainte-Foy–Sillery–Cap-Rouge, is ranked among the top 10 Canadian universities in terms of research funding and holds 4 Canada Excellence Research Chairs. Like most institutions in Quebec, the name (Université Laval) is not translated in English.

During the French Regime the institution mainly trained priests to serve in New France. After the Conquest of 1760, the British expanded education in Canada to include the liberal arts. French Canadians had at the time no opportunity to pursue higher education, and Bishop Bourget of Montreal suggested expanding the Séminaire de Québec into Université Laval. Louis Casault, a priest who taught physics at the Séminaire de Québec, went to Europe to seek a royal charter and study the best university systems there.

The Séminaire de Québec was granted a royal charter on December 8, 1852, by Queen Victoria, at the request of Lord Elgin (Governor-General of the Province of Canada), creating Université Laval with “the rights and privileges of a university”. The charter was signed in 1852. Pope Benedict XV approved the plan and authorized the institution to establish chairs of theology and confer degrees.