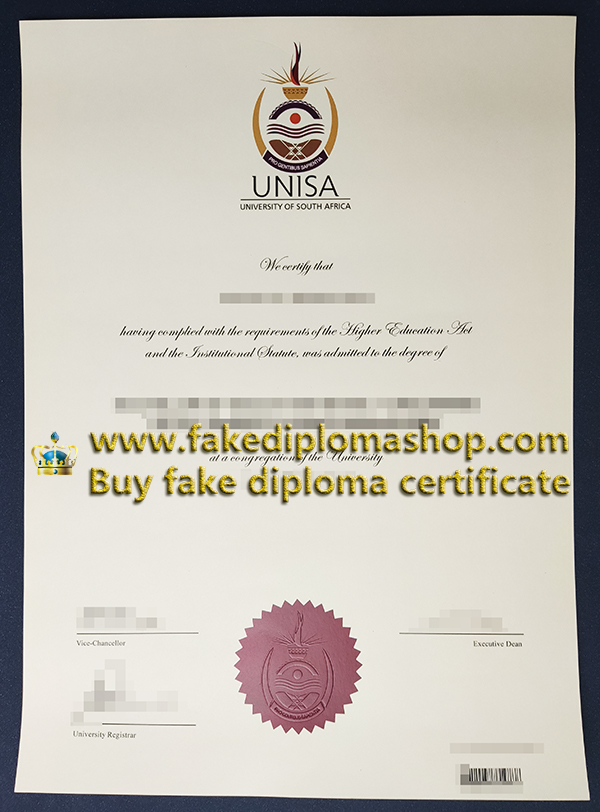 Through various colleges and affiliates, UNISA has over 400,000 students, including international students from 130 countries worldwide, making it one of the world’s mega universities and the only such university in Africa.

As a comprehensive university, Unisa offers both vocational and academic programs, many of which have received international accreditation, as well as an extensive geographic footprint, giving their students recognition and employability in many countries the world over. The university lists many notable South Africans among its alumni, including two Nobel prize winners: Nelson Mandela, the first democratically elected president of South Africa and Archbishop Desmond Tutu.

Founded in 1873 as the University of the Cape of Good Hope, the University of South Africa (or Unisa as it is commonly known) spent most of its early history as an examining agency for Oxford and Cambridge universities and as an incubator from which most other universities in South Africa are descended. In 1946, it was given a new role as a distance education university, and today it offers certificate, diploma and degree courses up to doctoral level.

In January 2004, Unisa merged with Technikon Southern Africa (Technikon SA, a polytechnic) and incorporated the distance education component of Vista University (VUDEC). The combined institution retained the name University of South Africa. It is now organized by college and by school; see below.