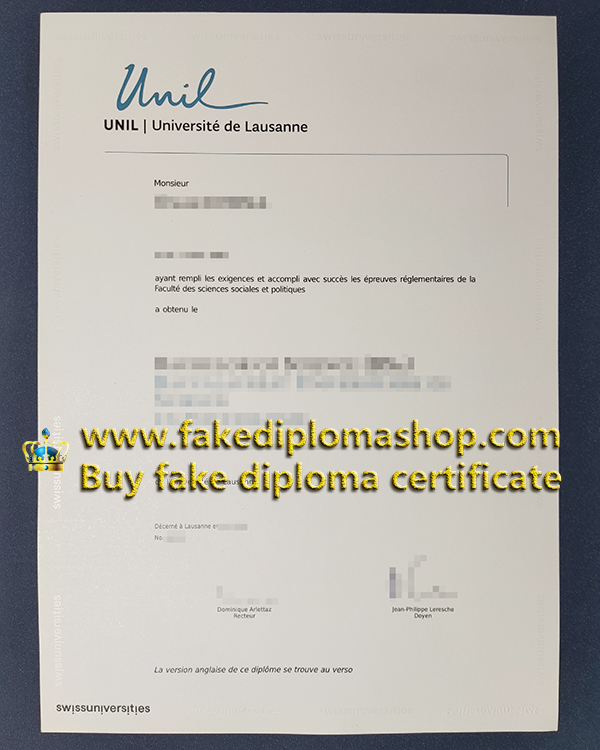 The university is the second oldest in Switzerland, and one of the oldest universities in the world to be in continuous operation. As of fall 2017, about 15,000 students and 3,300 employees study and work at the university. Approximately 1,500 international students attend the university (120 nationalities), which has a wide curriculum including exchange programs with world-renowned universities.

The university was founded in 1537 as the Schola Lausannensis, one year after Bern conquered the territory of Vaud from the Duchy of Savoy. At the time it was a school of theology with the purpose of training pastors for the church. It enjoyed great renown for being the first and, until the establishment of the Academy of Geneva in 1559, the only French language Protestant school of theology. In its early years it became a center of humanist learning, with thinkers such as Corderius and Celio Secondo Curione among its professors. In the 17th century it became known as the Academy of Lausanne (Académie de Lausanne). As the centuries passed, the number of faculties increased and diversified until, in 1890, the Academy received the name and status of a university.

From 1970, the university moved progressively from the old centre of Lausanne, around the Cathedral and Château, to its present site at Dorigny.

The end of the 20th century witnessed the beginnings of an ambitious project aiming at greater co-operation and development among the French-speaking universities of Lausanne, Geneva, and Neuchâtel, together with the Swiss Federal Institute of Technology in Lausanne (EPFL). Among others, this led to the transfer of the sections of Mathematics, Physics and Chemistry from the university to the EPFL; the funds that were made available following this transfer were invested in the development of the life sciences at the university, including the creation of a Center for Integrative Genomics.

In 2003, two new faculties were founded, concentrating on the life and human sciences: the Faculty of Biology and Medicine and the Faculty of Geosciences and Environment.