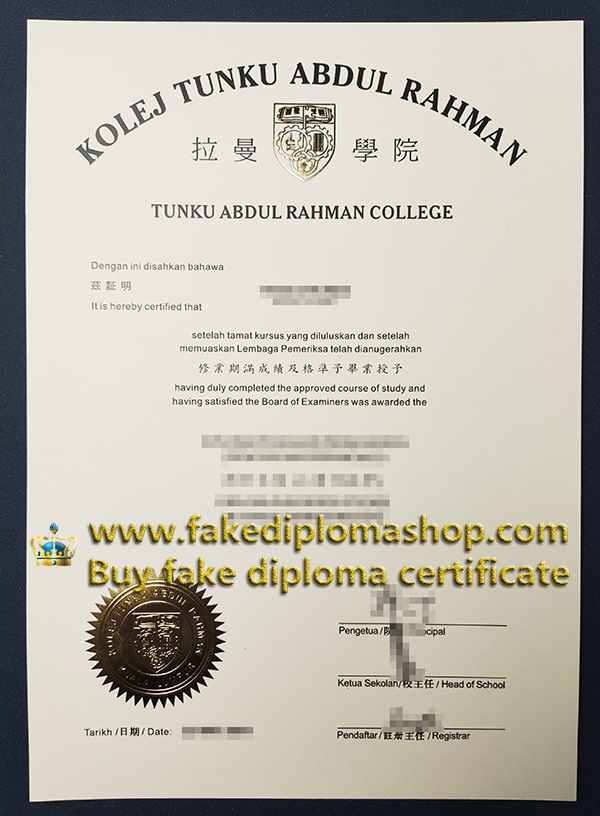 TAR College began operations on 24 February 1969 with its School of Pre-University Studies and an initial enrollment of 764 students. A 15 September 1972 Instrument of Government provided the legal framework for the administration of the college. Minister of Education Tun Hussein Onn presented the instrument to Tan Siew Sin, the first college president. To raise funds for a campus in Kuala Lumpur, the MCA launched a national fundraising campaign in 1972 led by MCA publicity director Lee San Choon.

In February 1973, the government approved the allocation of land for the main Kuala Lumpur campus in Setapak. The groundbreaking ceremony was officiated by Rahman in August 1973. Phase one, including an administrative building, a library, two laboratory blocks, one large and eight small lecture theatres and a canteen, was completed in 1976.