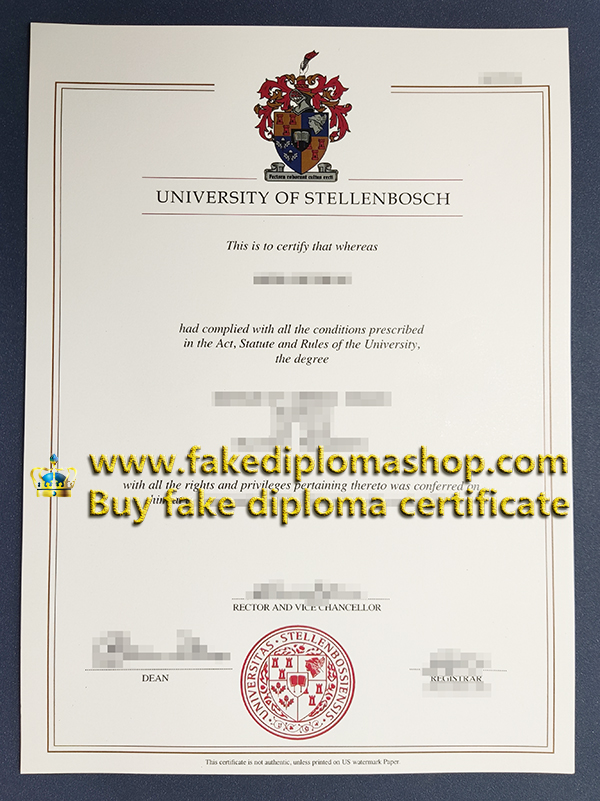 The students of the Stellenbosch University are nicknamed “Maties”. The term probably arises from the Afrikaans word “team mate” (meaning tomato, and referring to the maroon sport uniforms and blazer color). An alternative theory is that the term comes from the Afrikaans colloquialism mat (meaning “buddy” or “mate”) originally used diminutively (“maatjie”) by the students of the University of Cape Town’s precursor, the South African College.

The origin of the university can be traced back to the Stellenbosch Gymnasium, which was founded in 1864 and opened on 1 March 1866. The first five students matriculated in 1870, but capacity did not initially exist for any tertiary education. However, in the 1870s the Cape Colony’s first locally elected government took office and prioritize education. In 1873, four of the five 1870 matriculates became the institution’s first graduates by attaining the “Second Class Certificate” through distance learning, and the gymnasium’s student numbers rose to over a hundred.

In 1874, a series of government acts provided for colleges and universities, with generous subsidies and staff. A personal intervention by the Prime Minister in the same year ensured that Stellenbosch qualified, after initially being allocated to be purely a secondary school. Later in 1874, the institution acquired its first Professor and in the coming few years its capacity and staff grew rapidly. Its first academic senate was constituted at the beginning of 1876, when several new premises were also acquired.

The first MA degree (in Stellenbosch and in South Africa) was completed in 1878, and also in that year, the Gymnasium’s first four female students were enrolled. The institution became the Stellenbosch College in 1881 and was located at the current Arts Department. In 1887 this college was renamed Victoria College; when it acquired university status on 2 April 1918 it was renamed once again, to Stellenbosch University.

Initially only one university was planned for the Cape but after the government was visited by a delegation from the Victoria College, it was decided to allow the college to be a university if it could raise £100,000.  Jannie Marais, a wealthy Stellenbosch farmer, bequeathed the money required before his death in 1915.  There were certain conditions to his gift which included Dutch/Afrikaans having equal status to English and that the lecturers teach at least half their lectures in Dutch/Afrikaans. By 1930, very little, if any, tuition was in English.