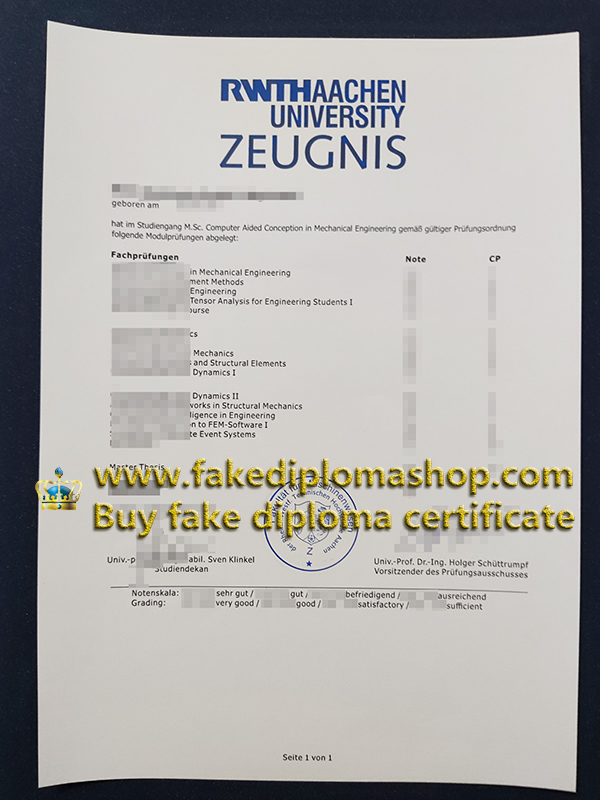 On 25 January 1858, prince Frederick William of Prussia (later German emperor), was given a donation of 5,000 talers from the Aachener und Münchener Feuer-Versicherungs-Gesellschaft, the precursor of the AachenMünchener insurance company, for charity. In March, the prince chose to use the donation to found the first Prussian institute of technology somewhere in the Rhine province. The seat of the institution remained undecided over years; while the prince initially favored Koblenz, the cities of Aachen, Bonn, Cologne and Düsseldorf also applied, with Aachen and Cologne being the main competitors. Aachen finally won with a financing concept backed by the insurance company and by local banks.

Groundbreaking for the new Polytechnikum took place on 15 May 1865 and lectures started during the Franco-Prussian War on 10 October 1870 with 223 students and 32 teachers. The new institution had as its primary purpose the education of engineers, especially for the mining industry in the Ruhr area; there were schools of chemistry, electrical and mechanical engineering as well as an introductory general school that taught mathematics and natural sciences and some social sciences.

While the (then no more royal) TH Aachen (Technische Hochschule Aachen) flourished in the 1920s with the introduction of more independent faculties, of several new institutes and of the general students’ committee, the first signs of nationalist radicalization also became visible within the university. The Third Reich’s Gleichschaltung of the TH in 1933 met with relatively low resistance from both students and faculty. Beginning in September 1933, Jewish and (alleged) Communist professors (and from 1937 on also students) were systematically persecuted and excluded from the university.

Vacant Chairs were increasingly given to NSDAP party-members or sympathizers. The freedom of research and teaching became severely limited, and institutes important for the regime’s plans were systematically established, and existing chairs promoted. Briefly closed in 1939, the TH continued courses in 1940, although with a low number of students. On 21 October 1944, when Aachen capitulated, more than 70% of all buildings of the university were destroyed or heavily damaged.