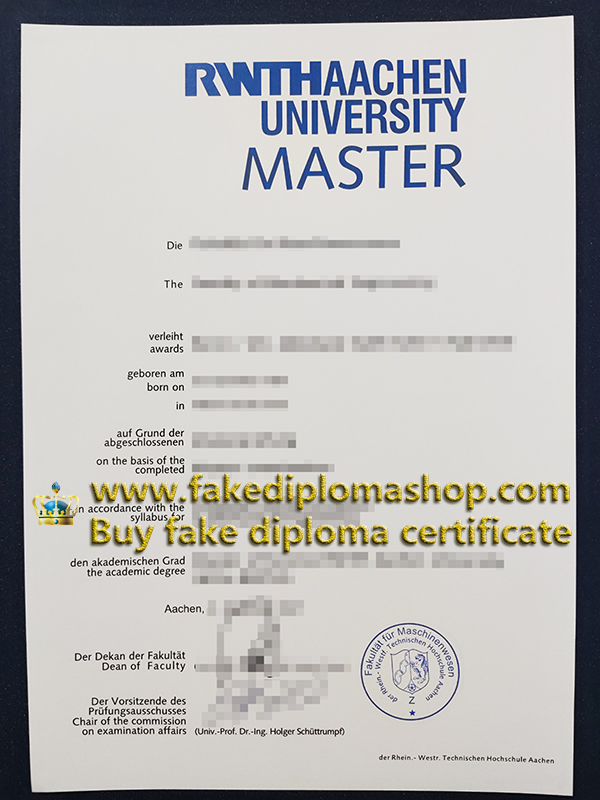 Since 2007, RWTH Aachen has been continuously funded by the DFG and the German Council of Science and Humanities as one of eleven (previously nine) German Universities of Excellence for its future concept RWTH 2020: Meeting Global Challenges and the follow-up concept The Integrated Interdisciplinary University of Science and Technology: Knowledge, Impact, Networks, also receiving grants for associated graduate schools and clusters of excellence. The university regularly accounts for the highest amount of third-party funds among all German universities, placing first per faculty member and second overall in the most recent survey from 2018.

RWTH Aachen is a founding member of IDEA League, a strategic alliance of five leading universities of technology in Europe, as well as its German counterpart TU9. It is also a member of DFG and the Top Industrial Managers for Europe network.

The unclear position of the new Prussian polytechnika (which officially were not universities) affected the first years. Polytechnics lacked prestige in society and the number of students decreased. This began to change in 1880 when the early RWTH, amongst others, was reorganized as a Royal Technical University, gained a seat in the Prussian House of Lords and finally won the right to bestow Dr.-Ing. (1899) degrees and Dipl.-Ing. titles (introduced in 1902). In the same year, over 800 male students enrolled.

In 1909 the first women were admitted and the artist August von Brandis succeeded Alexander Frenz at the Faculty of Architecture as a “professor of figure and landscape painting”, Brandis became dean in 1929. World War I, however, proved a serious setback for the university. Many students voluntarily joined up and died in the war, and parts of the university were shortly occupied or confiscated.