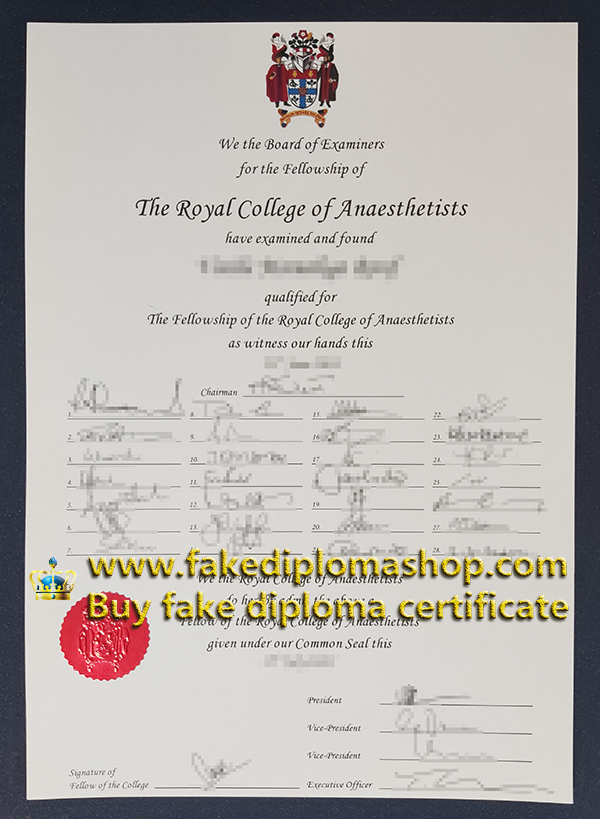 It also holds examinations for anaesthetists in training, publishes the British Journal of Anaesthesia, and informs and educates the public about anaesthesia. Its headquarters is in Churchill House, London. The College’s activities are varied, but include the setting of standards of clinical care, establishing the standards for the training of anaesthetists and those practising critical care and acute and chronic pain management, setting and running examinations, and the continued medical education of all practising anaesthetists.

Prior to 1988, it was known as the Faculty of Anaesthetists of the Royal College of Surgeons of England, which was formed in 1948. The roots of the college can be traced back to the Association of Anaesthetists of Great Britain and Ireland (AAGBI), which was set up in 1932 by Henry Featherstone and others, and continues today. The AAGBI derived from the Section of Anaesthetics of the Royal Society of Medicine because that was not allowed to engage in ‘political’ or ‘trade union’ activities nor as an examining body.

The College is made up from an elected Council of practising anaesthetists who elect a President and two Vice-Presidents from among their members. Particular areas of work are considered by Committees who report to the Council. As of September 2021, the President is Dr Fiona Donald and the Vice-Presidents are Dr Richard Marks and Dr Monica Logan. The patron of the Royal College of Anaesthetists is The Princess Royal.