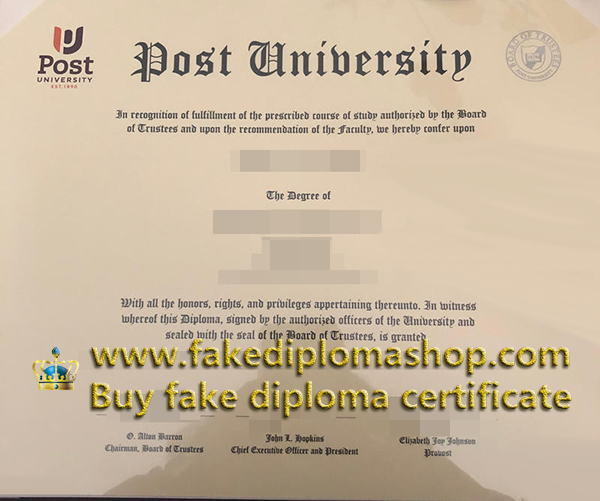 Post University was founded in 1890 as Matoon Shorthand School. The school offered training in typing, bookkeeping, business writing, and other courses. In 1897, Harry C. Post acquired the school and renamed the school Waterbury Business College, where he became the college’s first principal. The school again changed its name in 1931 to Post College, where it would keep its namesake until 1990.

Post College saw continued growth to its campus and program offerings. In 1965, the school moved to its current location on Country Club Road in Waterbury, Connecticut. Harold B. Leever was named chair of the board of trustees. The Leever Student Center is named in his honor. The school expanded again by adding the Traurig Library in honor of Rose Traurig. In 1970, the school opened its first off-campus site in Meriden, Connecticut.