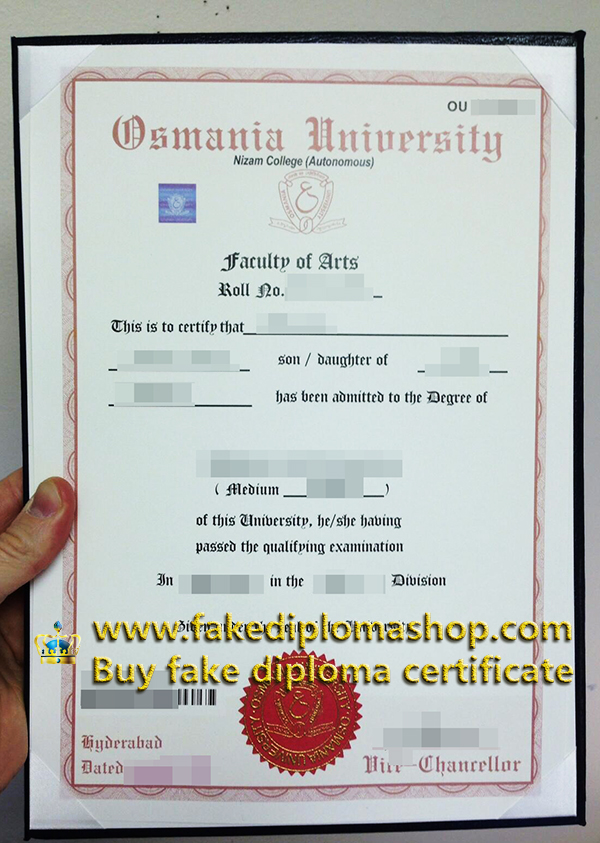 The university was founded by and named after Meir Osman Ali Khan, the 7th Nizam of Hyderabad in 1918. It is the third oldest university in southern India, and the first to be established in the erstwhile Kingdom of Hyderabad. It was the first Indian university to have Urdu as a medium of instruction but with English as a compulsory subject. As of 2012, the university hosts 3,700 international students from more than 80 nations.

The O.U. is one of the largest university systems in the world with over 300,000 students on its campuses and affiliated colleges. The Osmania Medical College was once a part of the O.U. System. However, it is now under the supervision of Kaloji Narayana Rao University of Health Sciences.

The Osmania University brought into existence in 1918 through a foreman of Mir Osman Ali Khan, the last Nizam of Hyderabad. The need for a university in Hyderabad State was felt for a long time, and in 1917, Sir Akbar Hydari, in a memorandum to the Education Minister, emphasized the need to establish a university with Urdu as the medium of instruction “as it is the language of the widest currency in India”.

After independence and the accession of Hyderabad State in 1948, the university fell under the purview of the state government. English replaced Urdu as the medium of instruction, and the Nizam’s crown was also removed from the university seal.