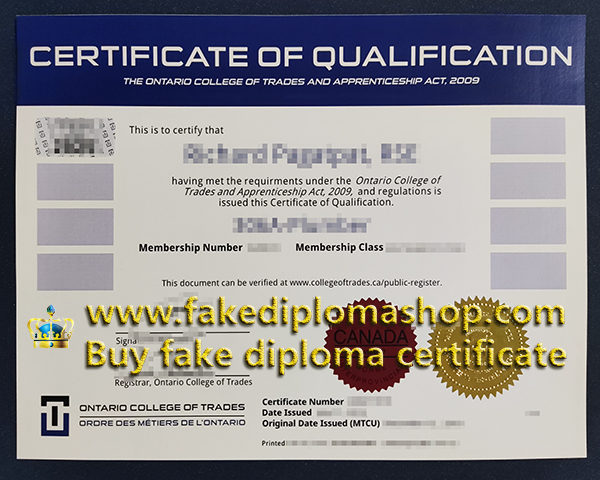 The college is governed by a board of governors with 21 members-4 members from construction, industrial, motive power, and service fields. In addition each trade is represented by a trade board consisting of 4-12 members, consisting of an equal number of employers and employees.

The organization is staffed by approximately 150 professional and enforcement staff in various departments including Standards, Policy & Research, Compliance & Enforcement, Communications, and Corporate Governance. All members of the governing structure are appointed by an independent Appointments Council, who are in turn appointed by the Lieutenant Governor in Council.