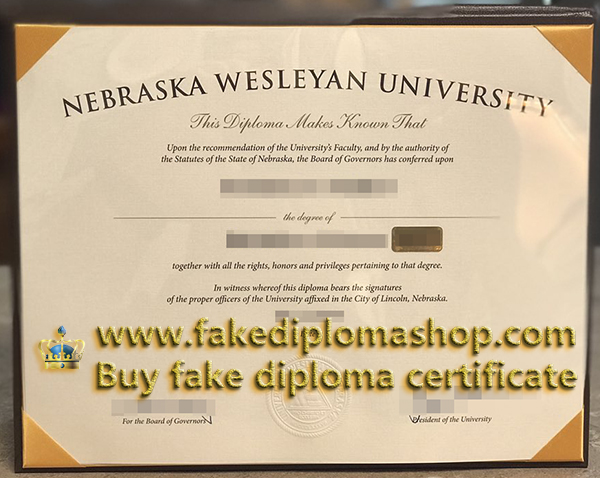 Chartered on January 20, 1887, Nebraska Wesleyan University had an initial enrollment of 96. The initial teaching and administrative staff at this time totaled eight, including the chancellor.

In September 1887, the cornerstone was laid for Old Main, which became the defining building of the campus. Still with no stairways, windows, or flooring on some floors, classes began in September 1888. The first graduating class was four women in 1890. The second graduating class, in 1891, was made up of four men. Nebraska Wesleyan received accreditation by the North Central Association of Colleges and Secondary Schools in 1914.

The school is located in the former town of University Place, Nebraska. Today, it is part of Lincoln, Nebraska; the surrounding neighborhood is a historic residential and shopping area of Lincoln.