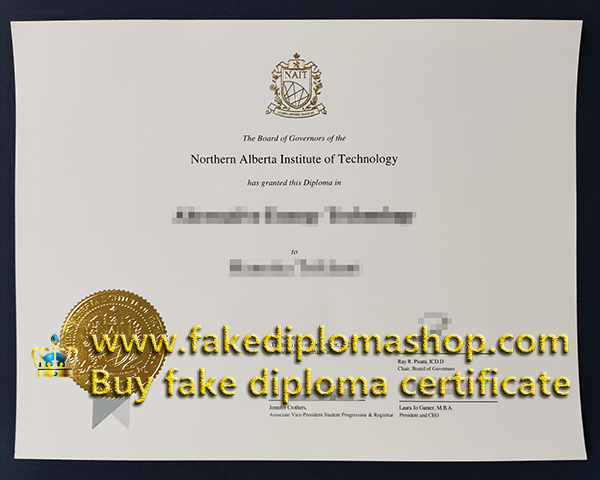 As of 2018, there are approximately 16,000 students in credit programs, 12,000 apprentices registered in apprenticeship training, 14,500 students enrolled in non-credit courses, and more than 20,000 registrants for customized corporate based training. NAIT also attracts international students from 94 countries. NAIT is similar to an Institute of technology or university of applied sciences as termed in other jurisdictions. The campus newspaper, the NAIT Nugget, is a member of the Canadian University Press (CUP).

The first class was enrolled in October, a group of 29 Communication Electrician apprentices. NAIT officially opened on May 27, 1963, with a ceremony led by Premier Ernest Manning. The first graduation ceremony happened in 1965, with a class of 326 graduates. In 1982, the government transferred control of the new Board of Governors, chaired by Allan McCagherty. NAIT has been a leading polytechnic for more than 50 years. The school marked its 50th anniversary in 2012.