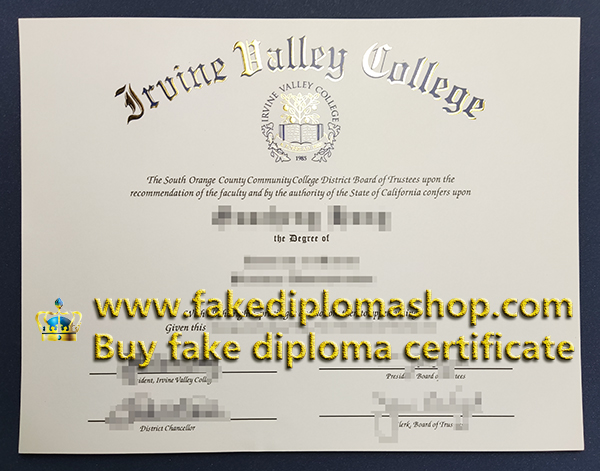 The college inherited its name from the Irvine family and the Irvine Company that were key in the development of the city of Irvine. Opened in 1979 as Saddleback College North Campus, Irvine Valley College received its current name and independent status in July 1985. In July 1988, the college received its first accreditation as a separate institution by the Accrediting Commission for Community and Junior Colleges (then the Western Association of Schools and Colleges). The school provides associate of art and science degrees, certificates of achievement, and lower-division transferable courses to other colleges and universities. It enrolls nearly 13,000 students.

IVC is a member of the Orange Empire Conference, widely regarded as the nation’s premier community college conference, with the exception of men’s volleyball (which participates as part of the Pacific Coast Athletic Conference), and women’s sand volleyball (which plays as an independent and was the first community college in the nation to sponsor the sport at the two-year level).

Badminton set a state record with four consecutive women’s state badminton championships from 2002–2005 in addition to their latest state titles in 2009 and 2011, while men’s volleyball team was the latest to capture back-to-back titles, winning State and National Championships under the direction of Pestolesi in 2007 and 2008. Misty May-Treanor is a consultant for the IVC volleyball teams.