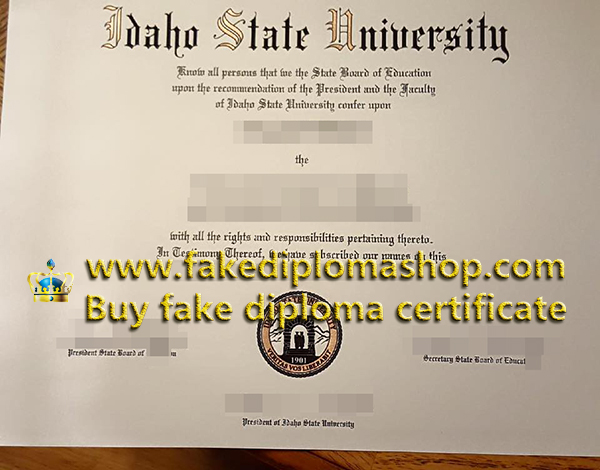 There are 48 U.S. states and 59 countries represented at ISU and 285 programs, including Master’s and Doctorate programs. The student-teacher ratio is 13:1, gender of students is 44 percent male and 56 percent female. Enrollment for the fall semester in 2019 was 12,425, including 10,365 undergraduate students and 2,060 graduate students. About 59% of the students attend full-time.

On March 11, 1901, Governor Frank W. Hunt signed Senate Bill 53, to establish the Academy of Idaho, contingent upon private land donations being made for its site. Theodore F. Turner, mayor of Pocatello, settled the issue (Battle of the Blocks) of the placement of the academy. The Academy of Idaho was officially opened in Pocatello on May 1, 19012. Theodore Swanson, a member of the board of trustees, secured the services of John W. Faris as the first administrator, with the title of principal. Classes officially began in September 1902. By 1910, enrollment had reached nearly 300 students, and the academy had purchased four additional city blocks in Pocatello to help meet its growing needs.

The Academy of Idaho was renamed the Idaho Technical Institute in 1915. The end of World War I brought an influx of students to the school, and enrollment surged to over 1,000. The early 1920s saw the beginning of competition in intercollegiate athletics. At this time the institute adopted the Bengal as the school mascot; head football coach Ralph Hutchinson (1920–27) was an alumnus of Princeton, a school with orange and black theme colors and a tiger mascot.