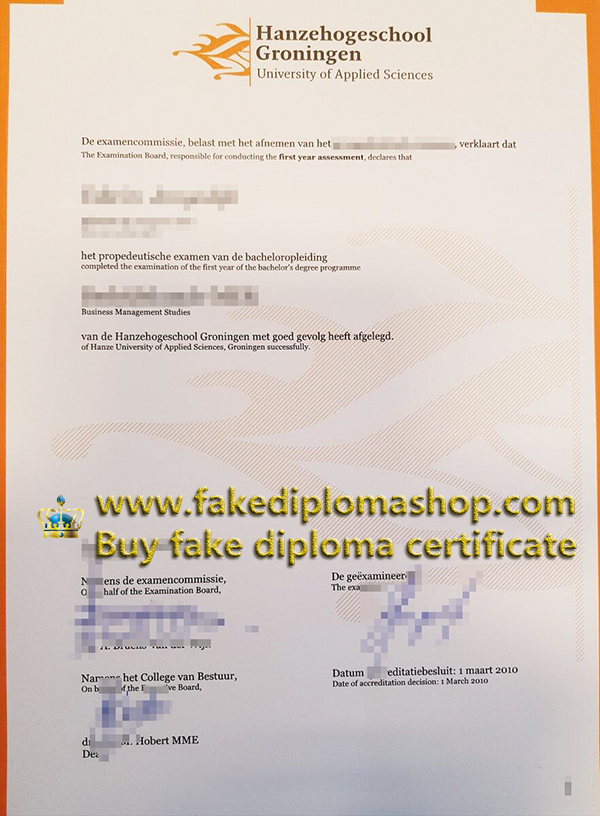 Hanze UAS offers various Bachelor and Master programs in Dutch, English, and German, and works closely with international partner institutes. The school counts approximately 28,000 students and 3,200 employees. About, 8,1% of students are international.

Hanze UAS was founded in 1986 as the merger of various local institutes for professional education, the oldest of which is the Academie Minerva, founded in 1798, which was the first multi-sectoral institute for practical higher education in the Netherlands. The mission of the Academy Minerva was “The improvement of Drawing, Construction and Nautical Sciences, together with the aligned Arts and Sciences, within all ranks of society, and in particular to improve the skills of the disadvantaged.” Throughout the centuries that followed many more institutions, engaged in a wide range of different fields, were established.

In 1986, Groningen was the first city in the Netherlands where 16 of the 24 vocational schools merged into a larger institute, as recommended in the government paper “Expansion, Division of Tasks, and Concentration in the Higher Educational System”. Hence, Hanze became quickly one of the biggest Universities of Applied Sciences in the nation and data suggests it is growing every year. In 1989 the university joined the Erasmus Program and in 2014 Hanze became holder of the Erasmus Charter of Higher Education 2014–2020.