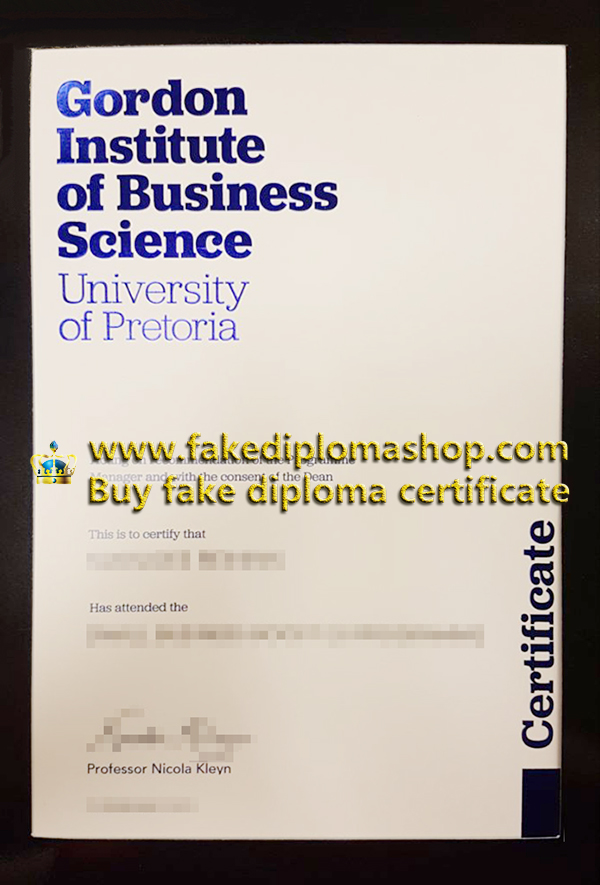 GIBS was established in January 2000 with contributions from Sir Donald Gordon, founder of Liberty Life and Liberty International, with significant investment from the University of Pretoria after discussions began in 1998. Business schools have long followed the MBA fees of university management schools. The GSM MBA founded in 1949 and was the first MBA program to be launched outside Of North America. As of January 2008, GSM was officially replaced by the Gordon Institute of Business Science.

Located on a greenfield campus on Illovo Boulevard, GIBS is a mixed-use commercial node between The Johannesburg suburbs of Rosebank and Sandton, with a satellite inner-city campus on Pritchard Street. Accommodation on Campus is provided by the Ilovo Hotel on campus. Illovo Campus is served by the Rosebank Gautrain station, with a Nearby Gautrain bus station, and the inner campus is located near Johannesburg Park Station.

Sir Donald Gordon (24 June 1930-21 November 2019) was a South African businessman and philanthropist. He was educated at King Edward VII School in Johannesburg and then worked as a chartered accountant with Kessel Feinstein (now Grant Thornton). He founded the African Free Life Association in 1957 where he founded Transatlantic Insurance Holdings PLC, It is now Liberty International (portfolio of £6.2 billion (2009)) and Liberty Holdings Limited (total assets of R449 billion (2011)). He is a co-founder of Abbey Life, a British company. In June 2005, he received a British knighthood in recognition of his services to the arts and business.

The GIBS MBA has consistently ranked in the top 100 global executive MBA rankings by the prestigious Financial Times of London, last ranking in 2019. In 2021, the GIBS MBA was rated as a prestigious student among employers and the top choice for looking for students to pursue an MBA in the country through financial Mail top MBA rankings. Quacquarelli Symonds (QS) World University Rankings: Global EMBA 2021, ranked GIBS 52nd and placed the school’s MBA in the top 30% of the world. In addition, US-BASED CEO Magazine ranked GIBS 12th in its global MBA rankings in 2021, highlighting the school’s status as a tier 1 business school.