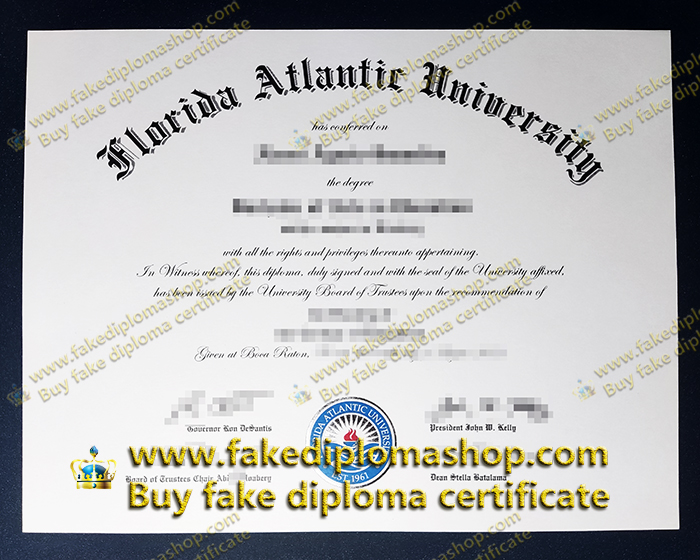 Founded in 1964, Florida Atlantic University was the first public university in Southeast Florida and the first in the nation to offer only senior and graduate programs. Although the school initially enrolled 867 students, that number increased significantly in 1984, when the school began admitting lower class undergraduates. By 2011, more than 29,000 students were enrolled in 140 counties in all 50 states and the District of Columbia. Since its inception, Florida Atlantic has awarded more than 110,000 degrees to nearly 105,000 alumni worldwide.

As the 21st century progressed, Florida Atlantic focused on improving its academic and research standards and gradually transformed itself into a more traditional university. Universities have raised entry standards, increased funding for research, built new facilities and forged notable partnerships with major research institutions. These efforts have not only raised the university’s academic profile, but also led to a significant increase in the level of play of the American football team, which has reached the highest level in the NCAA. The campus has built a gymnasium and more school buildings, and in 2010 it established its own medical school.

Florida Atlantic University has 23,613 undergraduate students, 4,245 graduate and professional students, 64 medical students, and 1,368 unclassified students. Forty-four percent of undergraduates are minorities, and students come from 140 countries, 49 states and the District of Columbia. The fall 2012 undergraduate class, for example, accepted about 39 percent of those who applied for the first time.