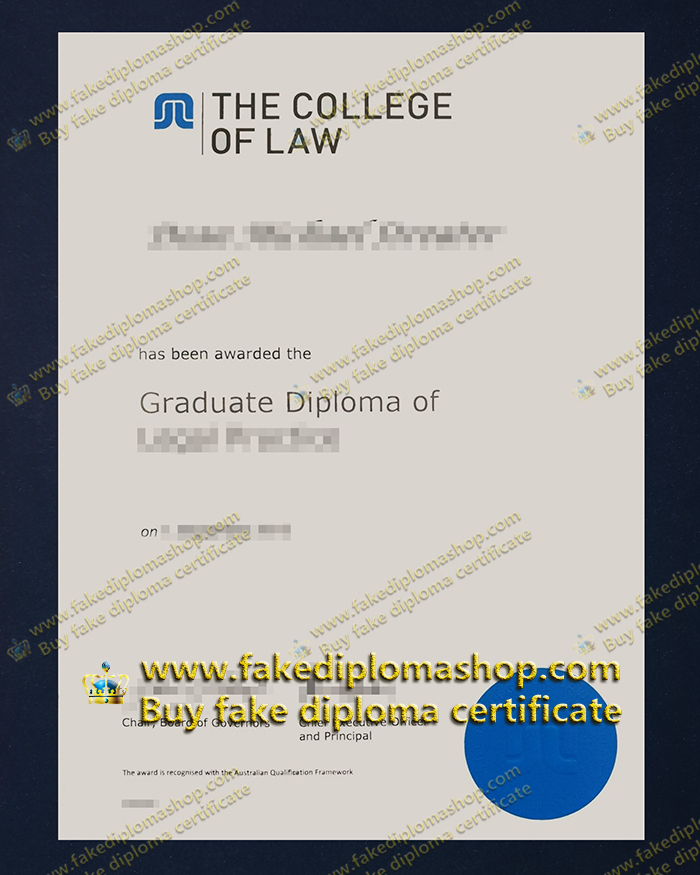 The Faculty of Law was established in 1974 as a subsidiary of the Law Society of New South Wales. The College is an educational charitable trust designed to provide practical legal training (PLT) to qualify law graduates for admission to the bar (replacing the previous clerkship provision), as well as continuing legal education tailored to the needs of NSW legal practitioners.

From 1977 to 1995, the College operated as a school under the auspices of the Ku-Ring-Gai Institute of Higher Education before becoming part of the University of Technology Sydney (UTS). In late 1995, the College became an autonomous education provider within the evolving tertiary education regulatory regime in New South Wales.