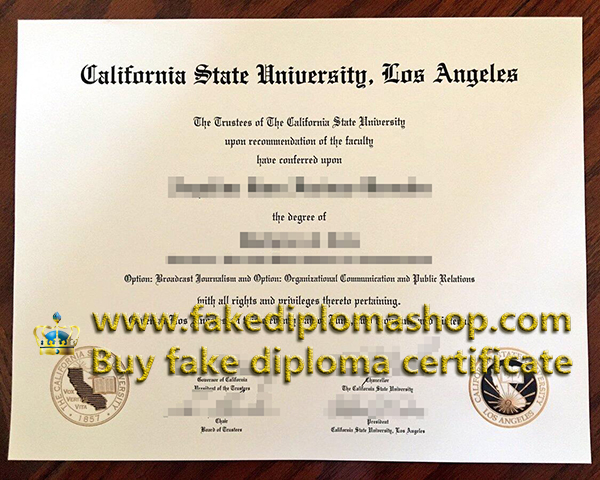 It is part of the 23-campus California State University (CSU) system. Cal State LA offers 142 bachelor’s degrees, 122 master’s degrees, and four doctoral degrees: a Doctor of Philosophy (Ph.D.) in special education in collaboration with the University of California, Los Angeles (UCLA), a Doctor of Education (Ed.D.) in Educational Leadership, a Doctor of Nursing Practice (DNP) and a Doctor of Audiology (AuD). It also offers 22 teaching credentials.

The university is located on the site of one of California’s 36 original adobes, built in 1776 by Franciscan missionaries and destroyed by fire in 1908. When the Spanish Franciscans founded the San Gabriel Mission in 1771, they dubbed the small river El Rio Rosa de Castillo. These lands once were part of a Mexican land grant known as Rancho Rosa Castilla, given to Juan Batista Batz, a Basque rancher from northern Spain and his wife, Catalina who settled here in the 1852.

Batz used the land for farming and intensive sheep ranching. The inspiration for the name of the ranch, according to local historians, was the abundant amount of native wild Wood roses (Rosa California) that grew near the ranch home along the creek. The Tongva Indians named this area, Ochuunga (Place of Roses). The main drive through the campus is known as Paseo Rancho Castilla, in acknowledgment of the university’s historic heritage.

Cal State LA was founded on July 2, 1947, by an act of the California legislature and opened for classes at Los Angeles State College (LASC) on the campus of Los Angeles City College (LACC). LACC is a public community college in East Hollywood, Los Angeles located on Vermont Avenue south of Santa Monica Boulevard the former campus of UCLA and originally a farm outside Los Angeles.

As president of LACC, P. Victor Peterson became the acting president of the state college. Since the college had opened in September, 1947, with 136 students, it had grown in two years to over 2,000 students. Most were studying under the GI Bill, which had been largely responsible for establishment of the college. The first class of seven students graduated in 1948.