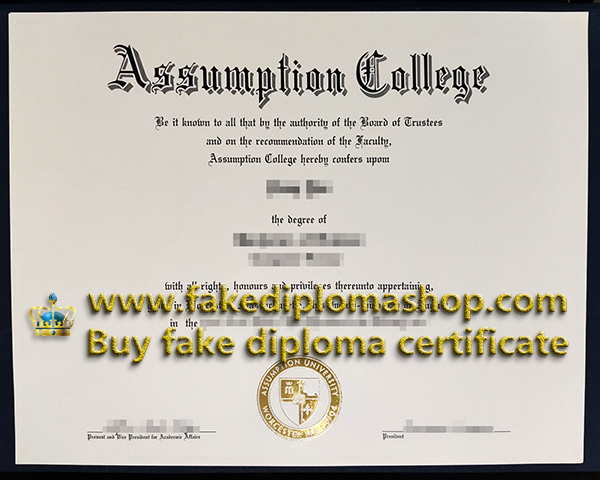 The assumption was founded in 1904 by the Augustinians of the Assumption, a Catholic order under the Augustinian Rule dedicated to service through teaching and the hastening of the Kingdom of God, as reflected in their motto “Thy Kingdom Come.” The original campus was in the Greendale section of Worcester, on a tract of hillside land. In these early years, enrollment was exclusively male, primarily of French-Canadian heritage. Most courses were taught in French, with only a small number taught in English.

In 2020, after extensive analysis, Assumption University decided to sunset the Continuing and Career Education division. The decision reflected market realities exacerbated by the COVID-19 pandemic and the opportunities that point in new directions for adult learners at the university, namely in the area of graduate studies.