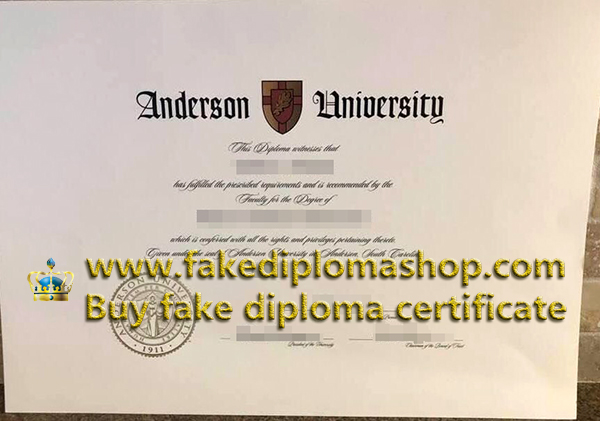 Anderson was the 19th fastest growing private master’s university in the United States from 2006 to 2016, more than doubling its enrollment during the decade. Re-established in 1911 as Anderson College, it is the successor to Johnson University, which was founded in 1848 by local Baptist leaders. Anderson was initially a female college until 1931 when it became co-ed, and in 2006 it was re-styled Anderson University. It consists of nine distinct colleges and schools: South Carolina School of the Arts, Clamp Divinity School, Arts and Sciences, Business, Christian Studies, Education, Health Professions, Interior Design, and Public Service & Public Administration.

In July 2020, Anderson announced that a new college of engineering has been created. Pending pertinent accreditation approvals, it will offer bachelor programs in mechanical and electrical engineering, and will welcome its first class in fall 2021.

Anderson University traces its heritage and initial founding to 1848 in the form of Johnson Female Seminary (later renamed Johnson University) which was located in Anderson, South Carolina. The seminary was founded by Anderson citizens Daniel Brown, J.P. Reed, and Stephen McCulley. Johnson Female Seminary was named for the Rev. William Bullein Johnson, an early Baptist statesman, a founder and first Vice President of the South Carolina Baptist Convention, and the first president of the Southern Baptist Convention. Johnson served as the first chancellor of Johnson University.

By 1857 Johnson University had around 600 students taking courses in calculus, Latin, and Greek. In 1858 Johnson’s health declined and in 1862 he died. Johnson’s home still stands in Anderson and his portrait hangs in perpetuity in the Truett Cathy Old Common Room in Merritt Hall on the Anderson University campus. Johnson was buried in the cemetery of First Baptist Church of Anderson.